One of the perks of being a Dog Blogger is that I get to try out new and exciting products and decide whether or not I want to recommend them to my canine pals and beg my lodgers (Mum and Dad) to spend their money on them. I take this job very seriously and try my hardest to communicate to Mum and Dad exactly how I feel about each thing. This can be tricky because they don’t speak dog (are you reading this Mum? That voice you do is not ‘dog’) but luckily I have a fantastic understanding of humans and I have figured out a way to communicate to them just using my very hairy and expressive eyebrows and the occasional head tilt… Perhaps a tutorial blog on that next?

Anyway, in October, just in time for Halloween, I received a really exciting parcel from Pet Nature Box (@petnaturebox). Dad tried to film me opening it but he is terrible with a camera and filmed the ceiling instead (true story). Here’s a photo of the box I got: 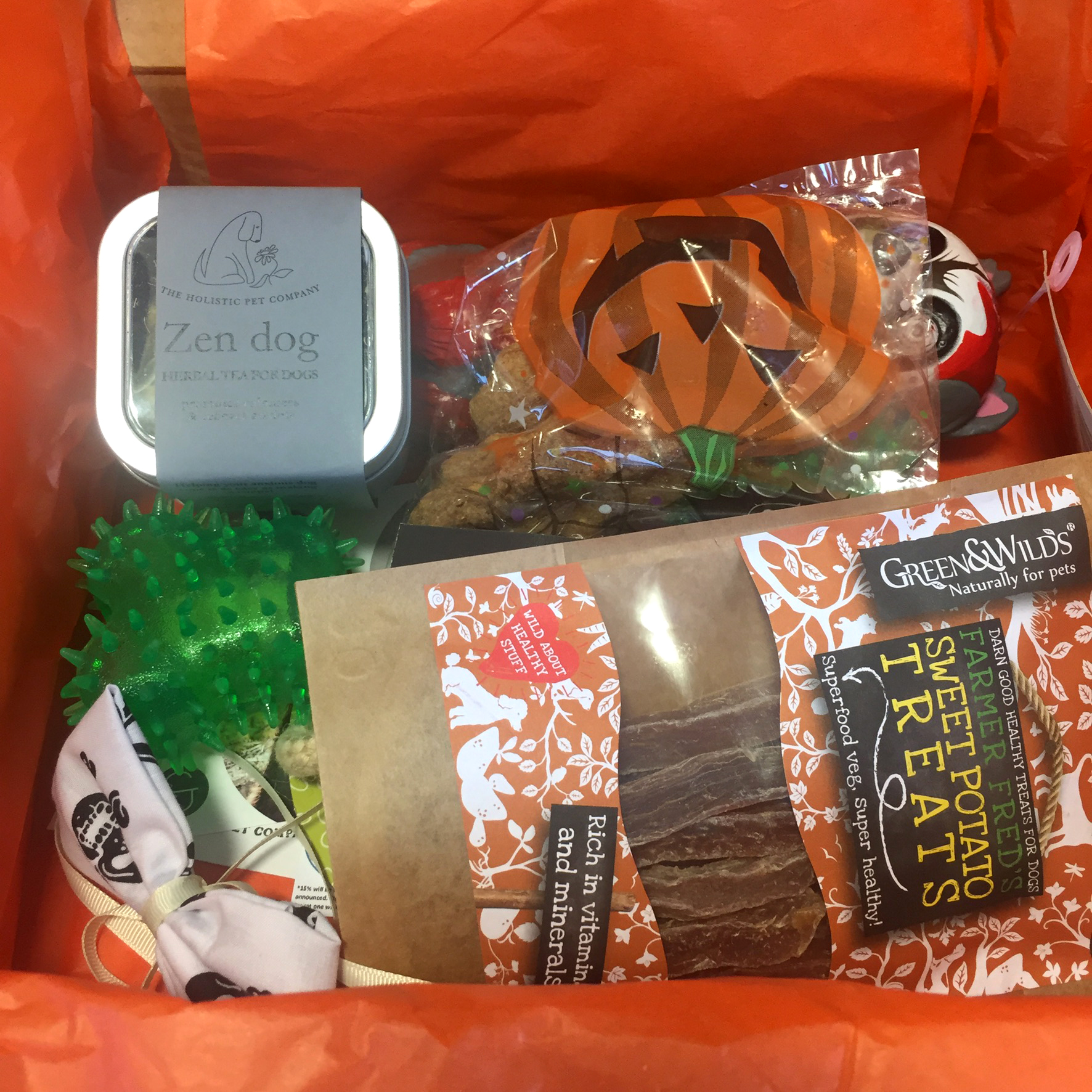 The boxes start at £19.99 and go up to £29.99 dependents on size. That means nothing to me, I’m just a dog, but Mum and Dad said that with the amount of money (what is this money they speak of? Can I eat it? I will research and report back) they spend each month on treats and toys for me they think it would be worthwhile subscribing to Pet Nature Box. I concur, a box of presents for me every month sounds like a very sensible investment.

My highlights from the October box were:

A zombie racoon toy: This toy is very much still alive and intact despite my best efforts to shred it. It has survived tug of war between me and my Uncle Arthur (he’s my Granny’s black Labrador and he’s REALLY strong) which is unheard of. Many a toy have needed a sad burial and a prayer to the Dog Idols (Scooby Doo, Lassie, Toto, Brian Griffin, Marley, Beethoven and Snoopy) following their passing but Mr Zombie-Racoon (I named him) is potentially an actual real life zombie. He won’t die. Mum’s really pleased, I think she really likes falling over a zombie racoon every morning.

The Zen Dog Tea by The Holistic Pet Company: Now, stick with me on this one… I know it sounds a little bit cooky and I did turn my nose up initially (why would I drink herbal tea when most humans don’t even seem to like the stuff and I can have as much muddy pond water as I like on my walks) but this drink is AMAZING. I sometimes have lots of dogs to stay at my house for sleepovers when their lodgers go on holiday and this year there were five of us home on fireworks night. I am really brave when it comes to most things like post men and brooms, and my angry cat neighbours that sit at the top of my garden and taunt me all day long but I am not afraid to admit that fireworks (and butterflies and woodlice) are the scariest things in the whole world. Call me crazy, but loud, flashing and irregular bangs all night long for a week of the year, every year, are the worst idea humans ever had. I get very scared, I pant and I try to hide but really nothing will settle me until the fireworks have stopped. Most of my friends at my sleepover were scared too so Mum and Dad made us some of the Zen Tea and once Mum had stopped being ridiculous by trying to make me drink it out of a china teacup so she could take photographs of me (someone buy her a doll or one of those dribbling, crawling human babies please) and just put the tea in my normal bowl I relented and had a taste. It was SO delicious. I drank a whole bowl full and the other dogs shared some too and then we all just went and piled on the sofa and watched TV. Mum said she was concerned it was laced with something as she couldn’t believe it worked so well so she had a cup of Zen Tea too and agreed that it was delicious and relaxing. I am excited to have more on New Year’s Eve. 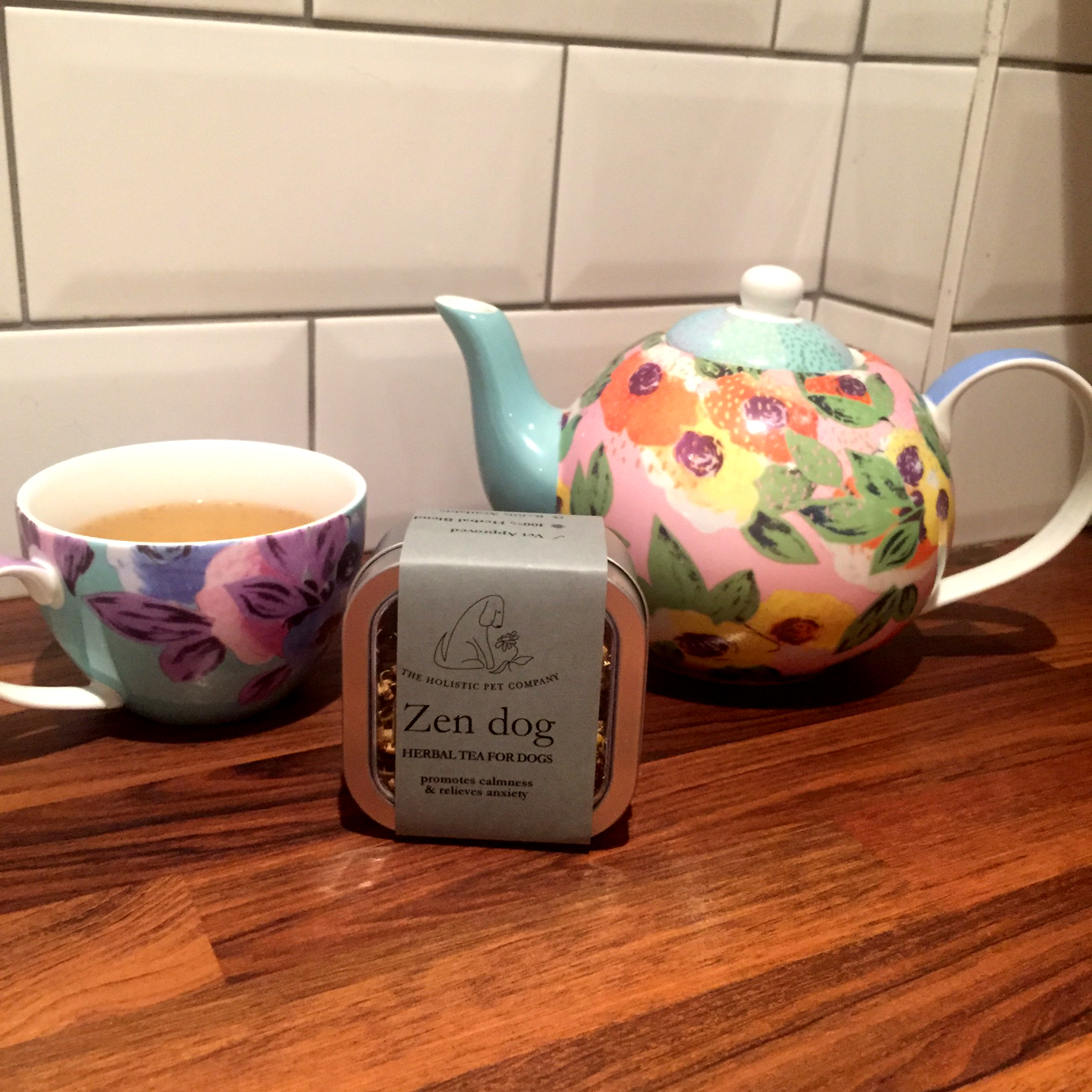 Green & Wilds sweet potato treats: These were so tasty that if I had figured out how to open my treat cupboard by myself I would’ve opened it and eaten all of these in one sitting. I do my full repertoire of tricks to convince my humans to give me one of these every evening. Usually I am very particular about doing a ‘wave’ because the humans seem to love that trick so I reserve it for when absolutely necessary – pig’s ears and sweet potato treats. And roast chicken.

Other presents included in the box were more treats and chews for me to inhale without even really tasting them (that’s the Labrador half of me), a tug of war toy and a bow tie from Pawstars Dog Clothing which unfortunately didn’t fit around my very manly neck. I like wearing jazzy accessories though (and that’s the poodle half of me) so I’ve asked Mum and Dad to order me a really butch neckerchief from Pawstars for Christmas instead. Here’s a photo of me being ridiculed in my tiny bow tie: 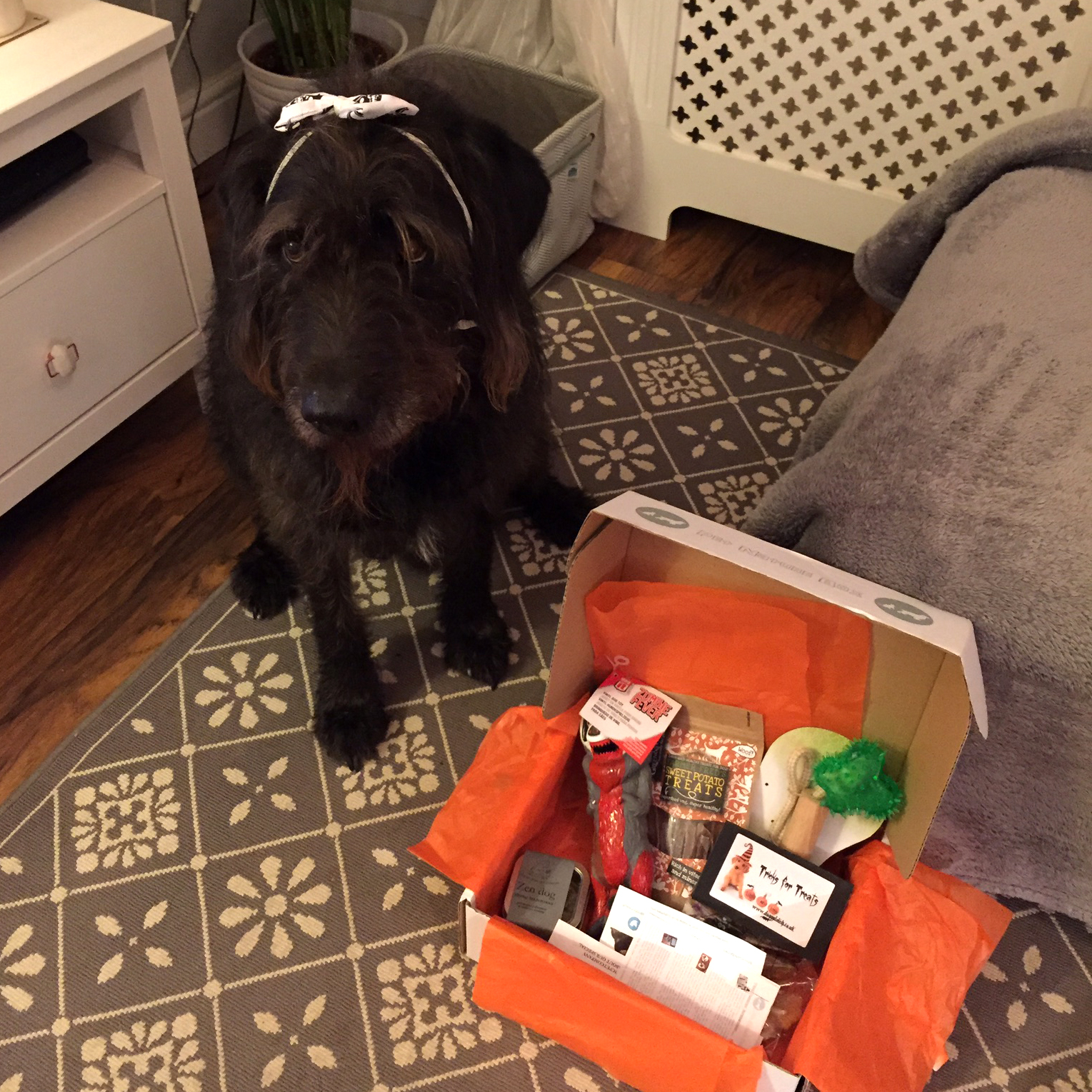 Just in case I don’t have time to write another post before the big day I wanted to say MERRY CHRISTMAS to you all. I am sure that, like me, you will be very busy for the next few weeks trying to remember that the new inside tree is NOT for peeing on, that baubles are different to normal balls and not for chewing and most importantly that there’s this really jolly old intruder expected down the chimney any day now and that I must be alert and ready to bark at him. He has these weird looking dogs with really big ears like branches so I don’t trust him one bit. He’s evaded my capture for my first five Christmases (I’ll be honest, I slept through each time) but I’ve been watching festive films and so I know exactly who to look out for this year. Now, I just need to work out where we keep our chimney…

What are you looking for?

This site uses cookies: Find out more and change your settings.